Menu
Log in
Register
Install the app
You are using an out of date browser. It may not display this or other websites correctly.
You should upgrade or use an alternative browser.

Port Aux Basques, the so-called "Gateway to Newfoundland" would be one of three ports of entry to the island portion of the Province if visiting by ferry. Marine Atlantic operates year-round to North Sydney, Nova Scotia. The ferry can be frequently affected by wind and bad weather especially in the Fall during hurricane season and the winter. Reservations are required for the ferry and it is recommended to book in advance during tourist season. The trip is approximately 7 hours. Note the ferry requires you to strap down your own motorcycle and straps are provided.

Fresh off the ferry you may be tempted to head east with the ferry traffic on the Trans Canada Highway. Instead consider taking some time to enjoy a few things the area has to offer. A run down Route 470 from the ferry will take you to Rose Blanche via Margaree, Isle Aux Morts, and Burnt Islands. The asphalt is in decent condition and the road is relatively twisty for Newfoundland. Rose Blanche is home to one of the nicer stone lighthouses in Atlantic Canada. Other notable lighthouses in the area include Channel Head, Cape Ray and Cape Anguille (the most westerly point on the island).

Port Aux Basques is home to a large stretch of sandy beaches from Grand Bay West to Cape Ray. Port Aux Basques is not known for hot sunny weather rather it can be cool and windy in the summer. Hikers would enjoy walking the series of beaches or the path up the Table Mountains at Cape Ray or the Starlight Trail in Codroy. The Americans had a significant base of operations on top of Table Mountain as part of the Pine Line.

The top of the hill leading out of town next to the Trans Canada Highway is where you will find the Provincial Tourist Chalet for free road maps and travel guides (seasonal operation).

Port Aux Basques used to be the western terminus of the Province's Railway. The railway was shut down in 1987 and the tracks were removed afterwards. Yet the rail bed remains and has been turned into the what is known as the T'Railway. It is mainly used by ATVs and "side by sides" to travel across the Province. Marine Atlantic has been allowing such machines to drive on and off the ferry to access the T'Railway. The condition of the T'Railway can vary dramatically due to traffic and weather (washouts).

Anyone interested in maritime history would want to visit the local museum that is home to not one but two astrolabes from the 1600's. These rare artifacts were discovered in wooden shipwrecks off Isle Aux Morts (Island of the Dead) by hobby scuba diver Lloyd Mushrow (used to be the local milkman) and are on display in Town during the summer.

Just 10-15 minutes outside the Town on the TCH, travelers will encounter an area known as "Wreckhouse". Beware that extremely high winds coming off the ocean or more commonly over and down the flat Table Mountains regularly blow transport trucks over and off the highway. There are warning signs on either end for wind conditions. Wind gusts over 160 km/hr are not unusual. Once east of Doyles you are generally safe from the wind.

There are two main hotels in town. The Hotel Port Aux Basques (recently renovated) and St. Christopher's Hotel. Either is a good choice. St. Christopher's overlooks the ferry terminal. Hotel Port Aux Basques is nearby and is surrounded by an Irving gas station with a Subway takeout, Tim Hortons, Canadian Tire (range of hardware and some camping supplies plus a garage), and the hospital. The T'Railway starts outside the hotel.

JT Cheeseman Provincial Park is located just outside of town and at one of the nicer sandy beaches in the area. It has camping for RV and tents. A dirt road leads down to the park from the Trans Canada Highway.

If wild camping is your preference, Port Aux Basques and surrounding areas have many opportunities. Find a suitable place by the ocean and pitch your tent. The beach at Grand Bay west and Cape Ray are both good options. Note if camped near the Cape Ray lighthouse be prepared for the foghorn should the weather turn. MacDougals is a popular place to locals to maintain a weekend cabin. the beach is rocky but beautiful. Most will find the locals friendly and helpful if looking for a spot to set up.

The population of Port Aux Basques has been shrinking over the last two decades and is currently around 4,300. Choices for dining are limited but available. If you crave seafood, your best option is the Seashore Restaurant in Margaree. This place is only open in the summer during tourist season but is worth the short drive. Hotel Port Aux Basques has a good restaurant. Harbour Restaurant and One Ton (below) are also good options and are very close to St. Christopher's. Bob's Chicken Coop is a popular and enduring snack bar and is located next to a Chinese restaurant (Tai Hong) on the main road. Pizza Delight, Mary Brown's (fried chicken), Subway, Greco Pizza and Tim Horton's are also in town. There is a small shopping mall near Hotel Port Aux Basques with Alma's Restaurant.
Last edited: Feb 23, 2022

Clarenville has been my "home" since 1952 so I've seen a few changes there since then.
For visitor information there is a tourist chalet on the TCH just west of the Manitoba Drive entrance to Clarenville, and here are a couple of local links: 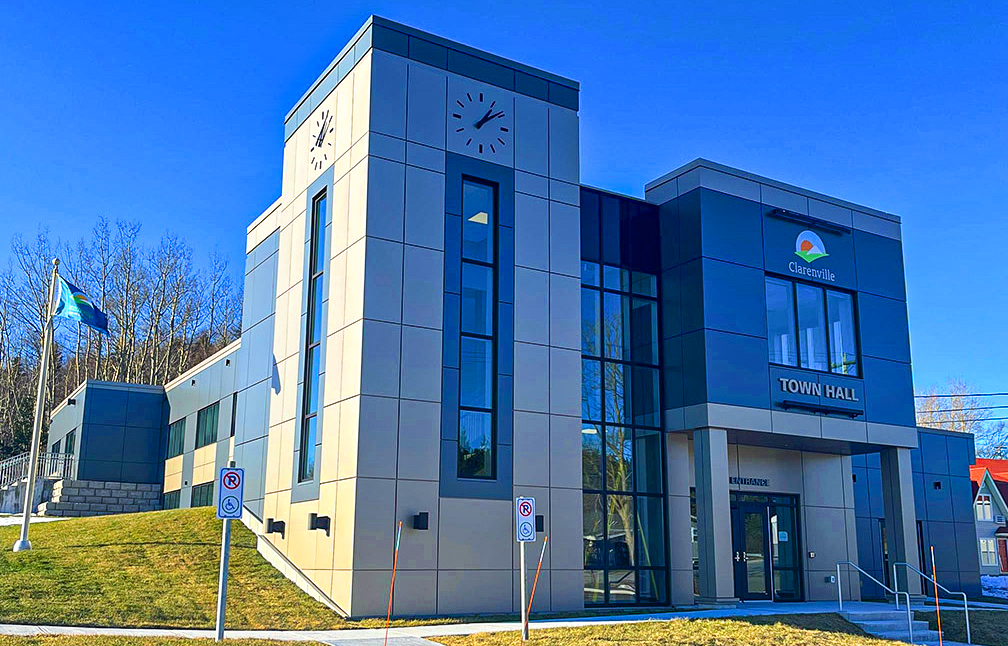 Welcome to the Town of Clarenville's website! Clarenville is a thriving community located on Newfoundland and Labrador’s east coast. Nestled in the beautiful Shoal Harbour River Valley, the town is blessed with an abundance of natural beauty. Our growing and vibrant town of 6,036 residents is an...